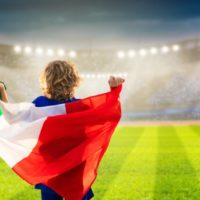 Donnarumma saved from Jadon Sancho and, decisively, Bukayo Saka after Marcus Rashford hit the post, as Federico Bernardeschi, Leonardo Bonucci and Domenico Berardi all scored for the Italians in the shootout.

It was the first final decided on penalties since Czechoslovakia beat West Germany in 1976. Italy have now won five and lost six of their 10 major tournament shootouts, including one win and one loss in World Cup finals, while England’s record now reads seven losses from nine.