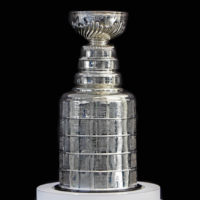 The Tampa Bay Lightning defeated the Montreal Canadiens 1-0 in Game 5 to win their second consecutive Stanley Cup. Rookie forward Ross Colton scored the only goal of the contest in the second period, which was enough to earn the Lightning the championship. Lightning goalie Andrei Vasilevskiy stopped all 22 shots that he faced in Game 5, and was awarded the Conn Smythe Trophy, which is given to the MVP of the playoffs. Vasilevskiy is the first goalie to win the Conn Smythe Trophy since Los Angeles Kings netminder Jonathan Quick won it back in 2012.

Tampa Bay’s victory marks the third time in franchise history that the Lightning have won the Stanley Cup, having also won the championship in 2004 and 2020. In addition, the Lightning became the ninth franchise in NHL history to win back-to-back Stanley Cups.