Quarterback Nick Foles threw for three touchdowns and the Philadelphia Eagles made play after play Sunday night, winning the NFC title in a stunning 38-7 victory over the Minnesota Vikings. The Eagles’ will make their first Super Bowl appearance since 2005, against the team that beat them then, AFC champion New England Patriots. Foles threw for 352 yards, and Patrick Robinson ‘s 50-yard interception return got Philadelphia (15-3) started. LeGarrette Blount had an 11-yard scoring run when things were decided in the first half, and the Eagles were headed to a NFL title. 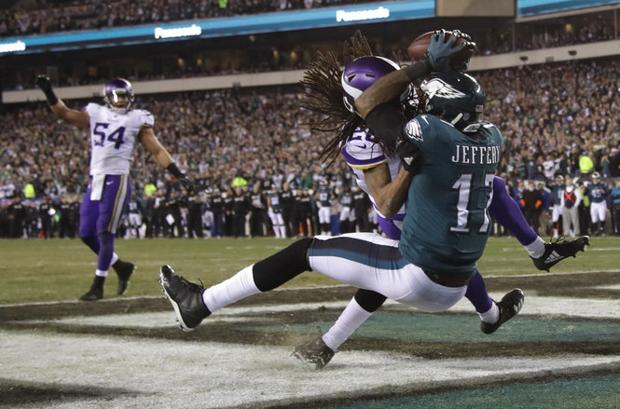 Via www.al.com
The Minnesota Vikings scored a touchdown on the opening possession of the NFC championship game…
01/21/2018 8:43 PM